We are investigating the historical biogeography of various taxa including amphibians and reptiles, and marine invertebrates. Here, we aim to understand the factors, both adaptive and non-adaptive, that have led to the diversification of lineages, and processes of speciation, and the consequences that this may have for endemism and diversity.  Over the last ten years, several students and researchers have been involved in projects on the diversification of frogs, lizards and snakes in the Western Ghats, peninsular and northeast India. This has led to large scale distribution data on these groups, especially for the Western Ghats, comprising one of  the largest such datasets worldwide.

Our work on evolutionary biogeography has revealed several patterns. Phylogenetic analysis shows  patterns of dispersal from southeast Asia into India, as well as of in-situ diversification in peninsular India for most clades we have studied (Vijayakumar et al, Proc B, 2016; Pal et al., Zootaxa, 2018; Mallik, Ph.D. thesis). Many genera of frogs also show the presence of two deeply divergent clades in the northern and southern Western Ghats (Vijayakumar et al, Proc B, 2016; Torsekar, Ph.D. thesis), while there are species level breaks in snakes (Mallik, Ph.D. thesis). Diversification analysis shows signatures of both adaptive and non-adaptive radiation, even within clades such as bush frogs (Vijayakumar et al, Proc B, 2016).  In addition, we show that size based assortment through competitive exclusion has played a key role in community assembly in Nyctibatrachus frogs, a rare pattern in nature (Torsekar and Shanker, in review). 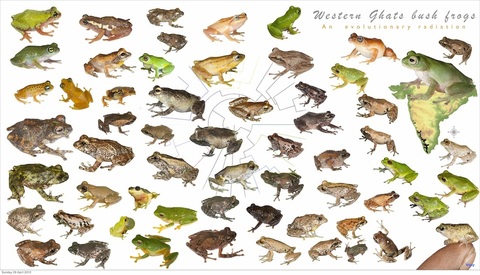 ​We are working on the systematics and biogeography of several genera of frogs and lizards in the Western Ghats.  Our work has focussed on discerning the relative influence of geology, historical climate and environmental gradients on diversification, diversity and endemism. We employ a comprehensive field sampling approach taking into account the heterogenous landscape and ecology of the Western Ghats. We identified major hill ranges in the Western Ghats and divided them into different sampling blocks. We also stratified the elevation gradient such that sampling sites could be selected in low, medium, high, and montane habitats in each hill range.  This allows us to identify sister lineages with confidence which is critical for further inferences.  Using a combination of conventional morphometrics, phylogenetic analysis and distribution modelling, we draw inferences about modes of speciation and drivers of diversification.
​
Taxa
​Projects

We have been working on the diversification of snakes, including questions relating to the dispersal of selected taxa into and out of India. Ashok Mallik's PhD has focussed on viperids and colubrids, and he has extensive sampling from the Western Ghats, Eastern Ghats and Northeast India for pit vipers (Trimeresurus), vine snakes (Ahaetulla), cat snakes (Boiga) and a few other genera. He is currently working on the systematics of these taxa, as well as their diversification in peninsular India. In addition, Ashwini Mohan carried out a study for her Masters dissertation on the phylogeography of the Andaman keelback, exploring the effect of saltwater and other barriers on gene flow between populations. 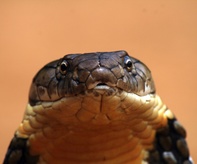 Systematics and phylogeography of king cobras

Gowri Shankar is working on the biogeography and systematics of king cobras in collaboration with Wolfgang Wuster (Bangor University, Wales), Indraneil Das (University of Malaysia, Sarawak), and Rom Whitaker.  Under the supervision of Jacob Hoglund (Uppsala University, Sweden) and Sushil Dutta (North Orissa University), Gowri is  focussing on the phylogeography of king cobras in India for his PhD. and is currently in the process of writing up his papers on species delimitation and biogeography. 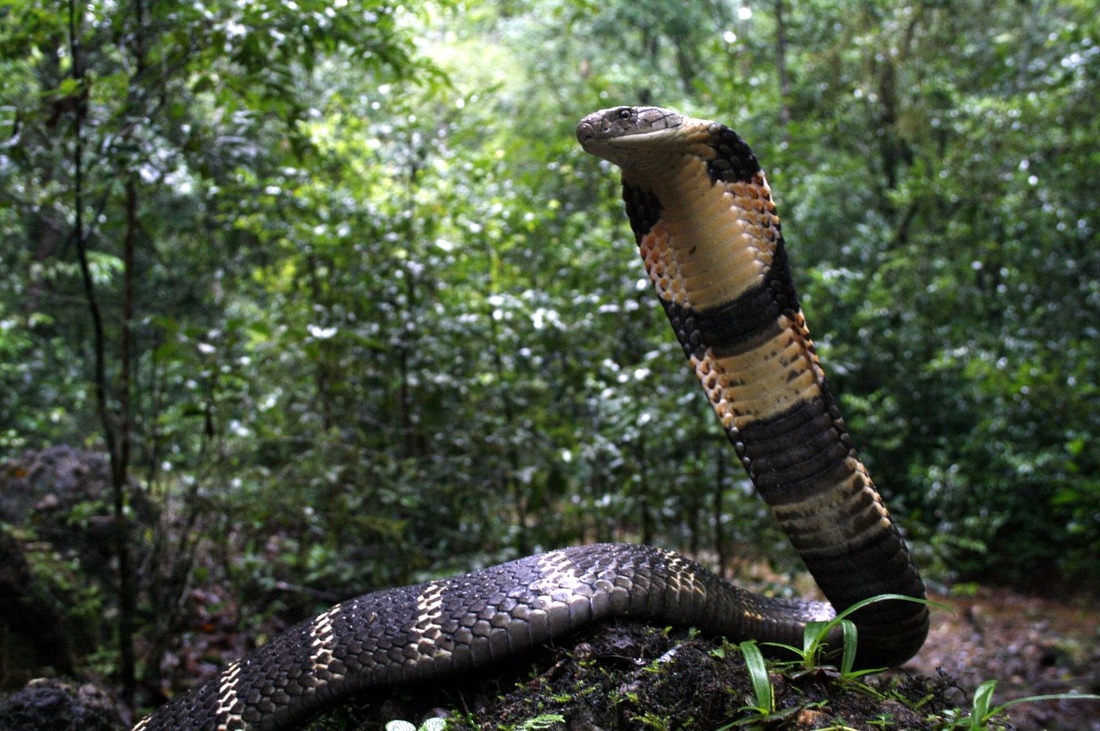 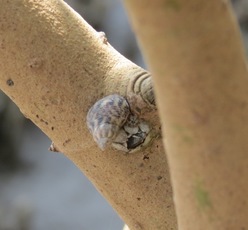 We are interested in understanding the factors that influence genetic diversity within populations of a species through the process of dispersal. Broadly, there are two main external factors that influence successful dispersal - how patterns of ocean currents help in moving animals, and how habitat distribution influences survival of dispersers. Apart from these, there are internal factors - species life-history traits that can influence dispersal and population connectivity. DK Bharti is studying gastropods, using molecular tools to measure genetic connectivity between populations spread across the west coast of India. She is  focussing on two  important  groups  of  marine  snails‐ the  sub‐family  Littorininae  which  occur  in  rocky  shores  and  mangrove  intertidal  habitats,  and  the family Conidae, which occur in sub‐tidal habitats. The results will help us understand biogeographic patterns in this region, compare the importance of different factors for dispersal, and help delineate populations which may be of commercial importance and localities which might be of conservation importance.
​ 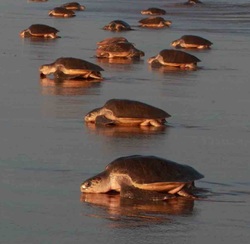 We are currently comparing populations on the east and west coasts, as well as in the Andaman Islands. We are supporting Martin Stelfox (Olive Ridley Project, Maldives) in his work on the genetics of olive ridleys in the Western Indian Ocean. We are also working on the genetics of leatherback populations in the Andaman and Nicobar Islands. We plan to initiate work on the foraging populations of green turtles in the Lakshadweep Islands.