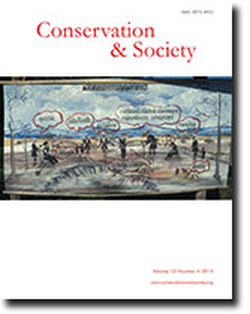 ​Conservation & Society (www.conservationandsociety.org) is a peer-reviewed interdisciplinary open access journal dedicated to the advancement of the theory and practice of conservation. The journal draws on both natural and social sciences, and covers basic and applied research in areas including but not restricted to political ecology, environmental history, anthropology and sociology, human ecology, conservation policy and governance, human-wildlife conflicts, ecosystem structure and functioning, systematics, community and species ecology, behavioural ecology, landscape ecology, restoration ecology, and conservation biology.

Conservation & Society came out of a conversation beginning in the late 1990s between leading ecologists and conservationists in India. The journal was launched in 2003 through Sage Publications, with Kamal Bawa as Chief Editor and Vasant Saberwal as Executive Editor. I served as Executive Editor from 2005 - 2010, and as Editor till 2014. ATREE has financially supported the journal since its inception in 2003. In 2005, C&S became an open access journal and ATREE also took on the role of managing and publishing the journal. Since 2009, C&S has been managed by ATREE and published by Medknow Wolters Kluwer. 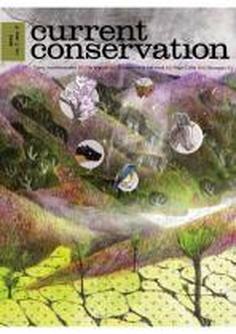 ​Current Conservation communicates conservation-related issues and science in an accessible manner to a wide audience. Our magazine carries the latest in research concepts and news from both the natural and social science facets of conservation, encompassing ecology, conservation biology, environmental history, anthropology and sociology, ecological economics, and related fields of research. Our articles are illustrated with uniquely stylized artwork, info-graphics and photographic images from contributors across the world. The magazine targets interested members of the general public, who can subscribe to the hard copy for a nominal fee. CC is published by Dakshin Foundation and supported by ATREE, DBT, DMNCT, FES, NCBS, WCS, WIPRO and WWF.

Current Conservation has recently launched CC Kids, a section aimed at middle school children. With support from WIPRO and DBT, CC will go out to over 1000 schools and colleges. Ankila Hiremath and I started Current Conservation in 2008 with support from FES. From 2010 to 2011, Nandini Rajamani edited the journal and introduced its trademark illustrations and design. Currently, I co-edit CC with Ankila Hiremath, Caitlin Kight, Hari Sridhar, Kanchi Kohli, Marianne Manuel and Matt Creasey. Suneha Mohanty is Design Editor, and Kalyani Ganapathy and Prabha Mallya are Art Editors. Martina Anandam is our indefatigable Managing Editor. 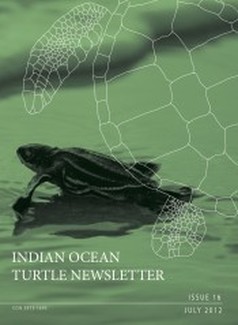 The Indian Ocean Turtle Newsletter was initiated to provide a forum for exchange of information on sea turtle biology and conservation, management and education and awareness activities in the Indian subcontinent, Indian Ocean region, and South/Southeast Asia. The newsletter also intends to cover related aspects such as coastal zone management, fisheries and marine biology.The Indian Ocean Turtle Newsletter is supported by Dakshin Foundation, Madras Crocodile Bank Trust, International Sea Turtle Society, and the Marine Turtle Conservation Fund of the US Fish and Wildlife Service. The newsletter is currently distributed to about 1200 individuals and institutions in the region.

I started Kachhapa as a newsletter on sea turtles for Orissa/India in 1999, In 2003, this became the Indian Ocean Turtle Newsletter in the image of the global Marine Turtle Newsletter, founded by the late Nicholas Mrosovsky, Dr. Mrosovsky was an inspiration, a thought leader as a biologist and conservationist in the sea turtle world for several decades. Under his stewardship, MTN brought to light several conservation issues around the world, including India. I edited the newsletter from 2003 till 2008 and co-edited it with Chloe Schauble from 2009 to 2012. Andrea Phillott and Lalith Ekanayake have served as Co-Editors from 2013.