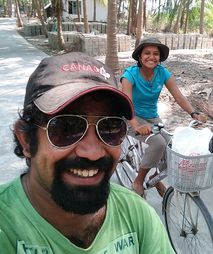 I have been working on  sea turtle populations along the Indian coast since 2009. My work focuses on the populations of sea turtles along the mainland and island coasts of India and fisheries interactions along the coast. My main interests lie in sea turtle biology, marine conservation, fisheries-wildlife interactions and models of  community-based conservation. I have worked with traditional fishing communities to develop more participatory activities in conservation. I am also involved in outreach and training for coastal and marine conservation, with an emphasis on Odisha.

As part of my work at Dakshin Foundation, I currently oversee long-term research projects on olive ridley turtles in Odisha, and leatherback turtles in the Andaman Islands. We have recently started work on green turtles in the Lakshadweep Islands. We have been carrying out studies on population distribution through nesting beach monitoring, satellite telemetry and offshore surveys. We are also carried out studies on the effect of climate change on sex ratios. 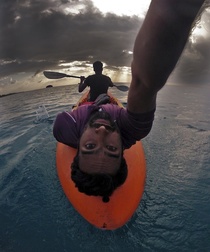 I have been working on a collaborative project between the Andaman and Nicobar Forest Department, Andaman and Nicobar Environmental Team (ANET), Centre for Ecological Sciences, IISc, Bangalore, and Dakshin Foundation, Bangalore on leatherback sea turtle monitoring based in Little Andaman Island, since 2010. The project was initiated in 2007 to study the nesting recovery of the leatherback turtles post the 2004 tsunami, which devastated the Islands. I manage the camp at West Bay and South Bay and have been involved in surveys of the Nicobar Islands

I have been fascinated by the marine environment, sea turtles in particular, since the age of 10. What started off as a passion became a career in studying and conserving sea turtles in various research and conservation projects in Costa Rica, China, India and Sri Lanka. Currently, I am one of the Trustees of Students Sea Turtle Conservation Network (SSTCN), Chennai and a long-term researcher on the leatherback project. 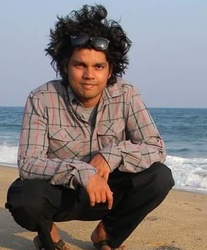 Sea snakes are a highly specialised group of organisms which evolved from terrestrial elapids such as cobras, kraits and the Australian Taipan. There are over 55 species placed in 16 genera found in the Indian Ocean, accounting for over 86% of the marine reptile fauna of the world and are often caught as bycatch and commercial purposes in many parts of their range. Little research has gone into understanding the prolonged effect of anthropogenic pressures such as trawl fishing, coastal development and pollution, climate change on their ecology and populations. My current study aims to assess the vulnerability of sea snakes to fishing mortalities in Sindhudurg district, Maharashtra.

I completed my Masters from the Wildlife Institute of India in 2011. I have worked on various research projects in Karnataka and the Andaman Nicobar Islands on the ecology of reptiles. I joined Dakshin Foundation in 2013 as a research associate and field coordinator monitoring nesting biology of sea turtles in Rushikulya, Orissa. I have been working on sea snakes for the last year. 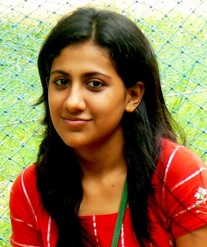 I am currently working on a study that is exploring the potential of tourism that can serve as an alternate livelihood to fishers in Rushikulya, Odisha and aid in conservation of the olive ridley sea turtle. Conservation decisions, at most times, only take ecological factors and the life history of the species  into consideration. This study goes one step further by looking into the larger political landscape and perceptions and opinions of the communities living alongside the turtles in Rushikulya. This is an effort to ensure representation and involvement of the major stakeholders, especially the local fishers whose voices are many times unheard.

Besides my work, I love reading. I am a diehard fan of the lord of the rings series and Tolkein’s world is my favourite escape spot. I love bird watching and I am a total foodie. My new found interest is Ultimate Frisbee, something I can’t get enough of. 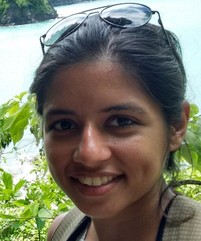 I worked as the Assistant Coordinator for sea turtle projects and helped with a range of activities including the Turtle Action Group, Sea turtles of India website, Indian Ocean Turtle Newsletter and anything else that needed to be done.

I am generally interested in community-based natural resource management and sustainable development are my areas of focus, and I take active interest in both the ecological and anthropological aspects of biodiversity conservation. I have also worked in ecotourism, sustainable architecture, permaculture. My research experience includes biological surveys of birds, dragonflies and sea turtles in India, and social science studies in Costa Rica, India, Malta and the UK. 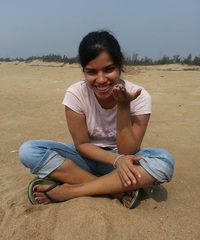 My main research interests are sea turtle biology and conservation and community based conservation. I have an M.Sc. in Conservation Biology from the University of Kent, Canterbury (2012).  I am currently working as a Research Assistant on a green sea turtle project with the Sea Turtle Conservancy (STC) in Costa Rica.

In Rushikulya, Odisha  I worked on a long-term monitoring project on olive ridley turtles and helped conduct beach and off shore surveys. We conducted arribada censuses to aid our understanding of variation in nesting female numbers each year. Hatching and emergence success were also studied for wild and relocated nests. Apart from population monitoring, we determined the sex of olive ridley hatchlings using histology to understand the impacts of climate change on population sex ratios. In 2015, I examined community-run sea turtle ecotourism ventures on the west coast of India to understand reasons for their success, failure and conservation purpose.